HD is a fatal genetic disorder that causes the progressive breakdown of nerve cells in the brain. It deteriorates a person’s physical and mental abilities during their prime working years and has no cure.

At that time living in Iowa with her husband, Kellie and Dale received news that Dale's brother David, in Indiana, had been diagnosed with HD. Dale and his siblings were raised in foster care, and he was very young when his mother was placed in a mental hospital. Because of this, family history was never discussed, and difficult to pin down. Dale was one of five siblings that all lived in different states. Never having heard of HD before, Kellie began to investigate, and learned the devestating news that their unborn child would be at risk.

Every child of a parent with HD has a 50/50 chance of inheriting the faulty gene. Dale and Kellie were scared, not just for Dale, but for their children. Dale had two sons from a previous marriage, only one biological. This was an eye-opening time for the family as they would soon meet Dale’s brother David, who had just been diagnosed. 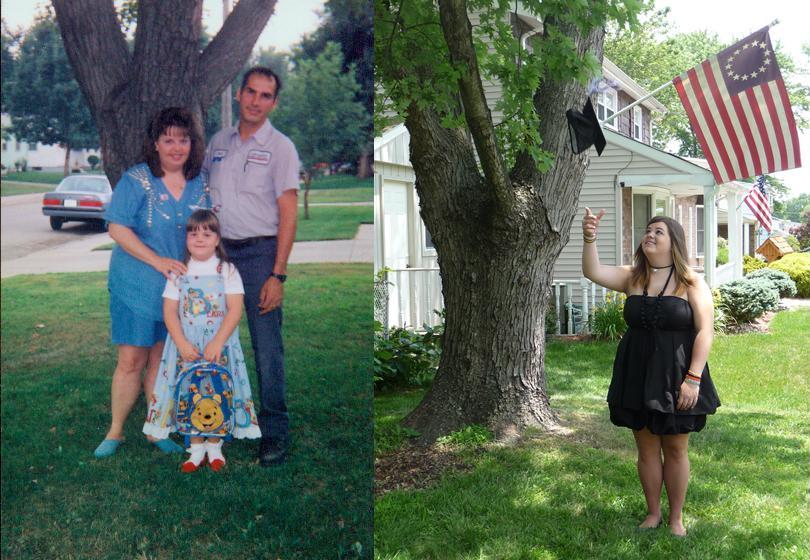 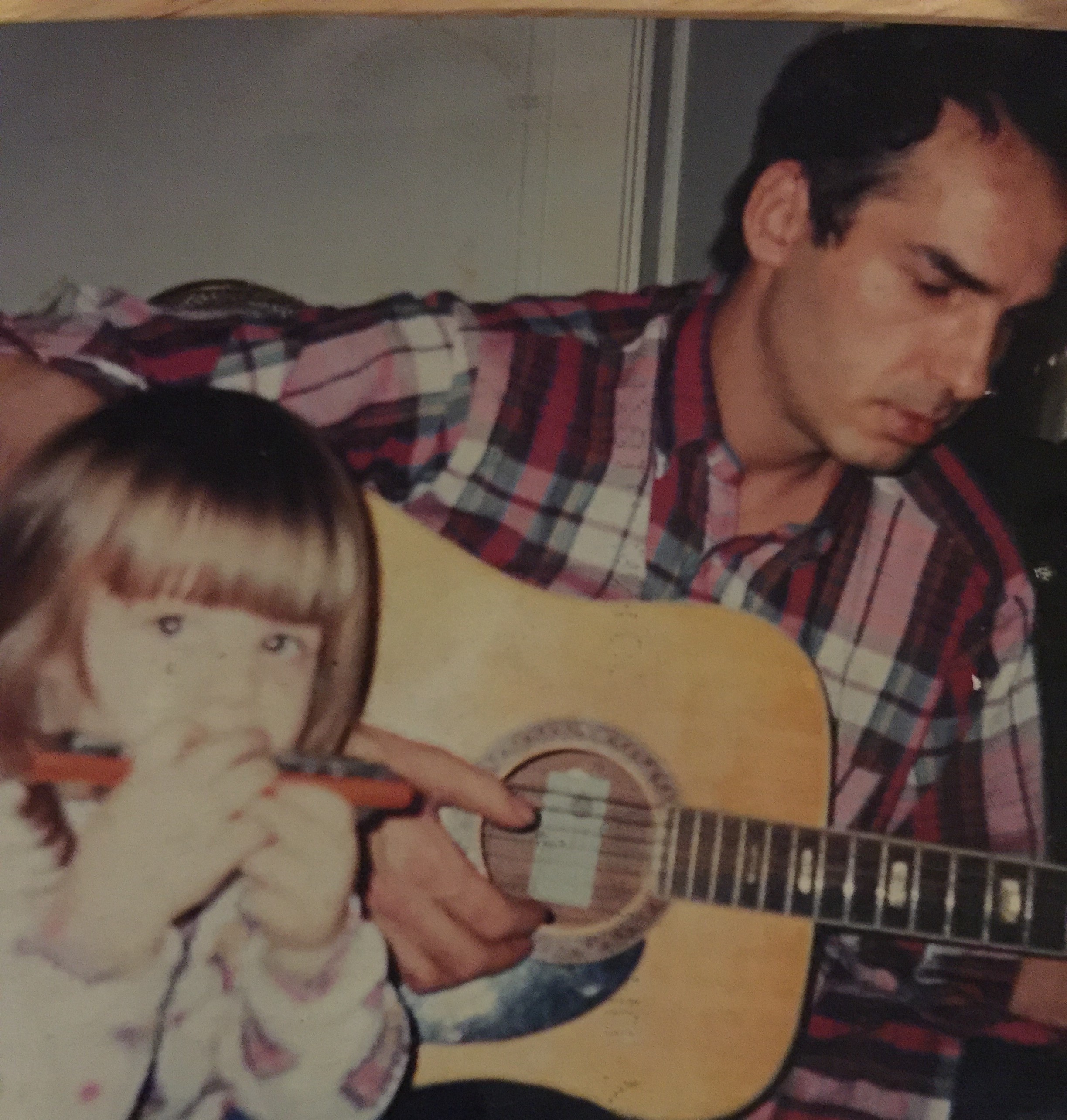 Kellie connected with David’s wife, and inquired about traits of her husband that may be HD related. Kellie saw similarities in both. However, according to Kellie, denial saved them for the time being.

According to Kellie, she noticed that David, Dale’s brother, was quirky and had involuntary movements. Looking back, she also noticed possible symptoms in Dale. For example, when he would wash the dishes or help out around the house, it would take him an extended period of time just to prepare to begin the task. There were also several other incidents that caused Kellie to question his declining abilities. Dale had been involved in a few minor accidents that should have been easily avoided.

At the time, Kellie’s husband Dale was working for a robotic company, but his job was suffering due to lapses in judgement and short term memory, and he would later lose his job. Dale and Kellie would make an appointment at the University of Iowa. This is one of the 54 HDSA Centers of Excellence that provide an elite team approach to HD care and research. Professionals have extensive experience working with families affected by HD and work together to provide families the best HD care program.

Dale was soon tested for HD. The decision to get genetically tested is difficult to make. Each year, 5-10% are tested. It is never the right or wrong decision to be tested. There are people that see no benefit in knowing that they will develop the disease while others want to know in order to make informed choices about their future. It can take up to several weeks to receive your results from the genetic testing center.

Unfortunately, their worst fear was realised as Dale's test was positive for HD. Kellie would describes it as “heart wrenching." Their daughter Katie was now certainly at risk as well as her step-brother. Kellie and Dale chose not to hide HD from their children, as they didn’t want them to feel that it was something to be ashamed of, especially knowing their at-risk status.

Dale was soon put on disability as his mental status began to decline. He would get stared at when the family went to restaurants because of the movements and drooling. Kellie chose these occasions as an opportunity to teach their children about compassion, and those around them about HD. According to Kellie, Dale had always been a gentle soul, and a friend to everyone, but HD changed that and Dale became very agitated and violent at times. He would never take it out on the kids but his mind took him to very dark places that did not really exist in reality.

There was even an incident where Dale took off in the middle of a winter night in nothing more than his PJs, and snow boots. He walked across the bridge to Omaha in Nebraska, and was later found by police sitting in a McDonalds.

As Dales mental status declined, he would act out in ways that he would never have even thought of when he was well. Dale would go on to become very inappropriate and would make sexual advances toward extended family members. He eventually told Kellie that he did not want to be married any longer. Knowing that this was the disease talking and not Dale, she relented and agreed that if he felt that miserable in their marriage, that she would comply.

During this very difficult time in their lives, Kellie sought out support online through the MGH Caregivers group.Kellie met others in the support group that were in the same, or very similar positions. She would become good friends with other caregivers, but did not expect to meet her future husband, Gary, in the group as well.

According to Kellie, she has met several different couples that have similar stories, and met in caregiver groups. Eventually, Kellie along with her daughter Katie, moved to New Jersey from Iowa, and helped Gary take care of his first wife, Rhoda, who had been in a wheel chair for several years and was quite advanced with HD.

"We just redefined what a family was to us."

After taking care of Rhoda in their home for three years, it became evident that the best care for Rhoda could no longer be provided at home, and it was time to place her where she could get the best care available. A year after Rhoda was placed in the nursing home, she too passed on to earn her wings.

That next year, Kellie and Gary were married, and have been married for over 15 years. Kellie, Gary, and Katie made trips back to Iowa to visit Dale. Dales reaction to the news of their marriage was very touching. When Gary extended his hand to Dale, instead of meeting his handshake, Dale raised his arms for a hug. 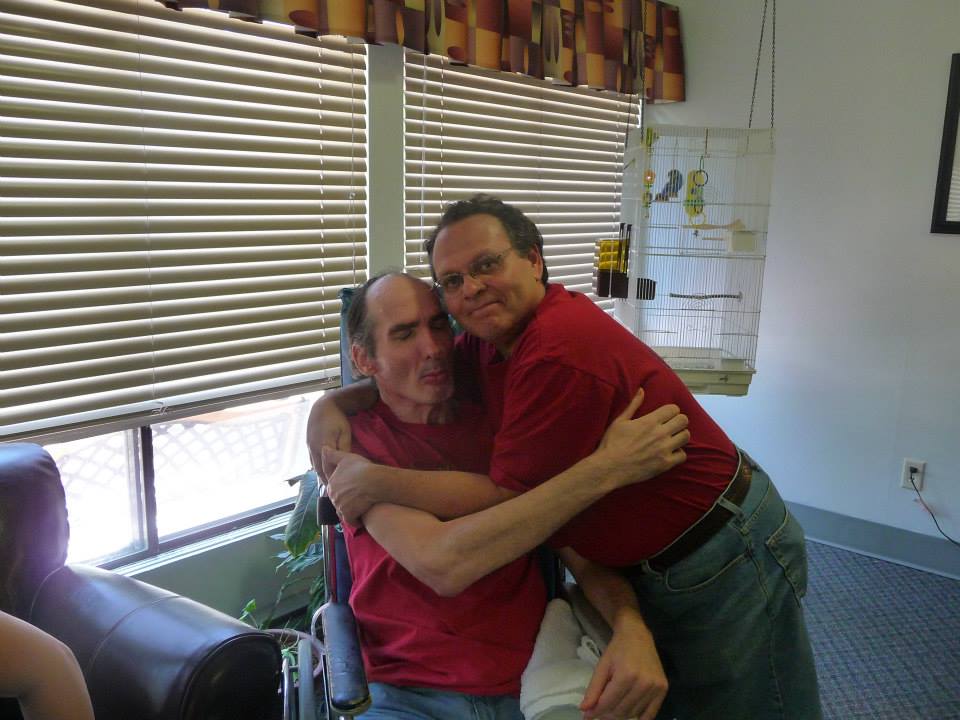 Dale was in hospice for more than four years before he passed away. One day after work, Katie came into the room in tears, and said that she had received a message on Facebook, from a family member that her father had died. The nursing home had failed to call Katie direct to notify her.

Kellie’s daughter, Katie was still at risk for HD. According to Kellie, Katie had difficulties in high school, both physically and mentally. She became more of a rebel and had difficulty especially in math. Katie suffered from headaches daily. She also was struggling with anxiety and depression.

A little over a year before Dale passed, at the age of 21-years, Katie decided to be tested as she did not want to live her life nothing. She tested positive for Juvenile Onset HD (JHD), a form of HD that affects children and teenagers. This usually has a more rapid progression rate than adult-onset HD; the earlier the onset, the faster JHD progresses.

Kellie and Gary assured her that they would deal with it together. As a family, they decided not to share this news with Dale, as it would serve no positive purpose.

Now, Katie’s HD symptoms have progressed and she is no longer able to pursue her passion as a photographer. Katie is now having difficulty with her speech, walking, eating, and needs full care for daily living activities.

Katie takes great pride in having been involved with the National Youth Alliance (NYA), representing the NYA at local HDSA events in New Jersey. For several years, the NYA is a collection of children, teens, and young adults from across the country that motivates young people to get involved in their local HDSA Chapters, Affiliates, and Support Groups.

Kellie, Gary and Katie have been speakers at Rutgers University, telling their story and bringing awareness to over 300 medical students. Rutgers University is one of HDSA’s Centers of Excellence.
​
Kellie has a message for the HD Community:

“Having HD does not define you. You may have HD, but don't let HD have you. Keep up the fight.”

Huntington’s disease (HD) is a fatal genetic disorder that causes the progressive breakdown of nerve cells in the brain. It deteriorates a person’s physical and mental abilities during their prime working years and has no cure. Every child of a parent with HD has a 50/50 chance of inheriting the faulty gene. Today, there are approximately 41,000 symptomatic Americans and more than 200,000 at-risk of inheriting the disease. The symptoms of HD are described as having ALS, Parkinson’s and Alzheimer’s – simultaneously.

The Huntington’s Disease Society of America is the premier nonprofit organization dedicated to improving the lives of everyone affected by HD. From community services and education to advocacy and research, HDSA is the world’s leader in providing help for today and hope for tomorrow for people with HD and their families.

HDSA was founded in 1967 by Marjorie Guthrie, the wife of legendary folk singer Woody Guthrie. Woody died from HD complications when he was only 55 years old, but the Guthrie family legacy lives on at HDSA to this day.

To learn more about Huntington’s disease and the work of the Huntington’s Disease Society of America, visit www.HDSA.org or call 1(800)345-HDSA.